The free Later Chrome Extension let’s you easily curate and collect photos from anywhere on the web for your Instagram feed. See an image you love? Just right-click to add it to your Later media library. You can then schedule the photo from your phone, tablet, or computer! Later maintains the highest photo quality, so you can say goodbye to pixelated photos from screenshots.

The Later Chrome extension automatically pulls in the URL and the website info for each photo, so you’ll always remember where you found the photo (and who to give photo credit to!). This free tool will help you easily schedule photos for Instagram right from your website, blog posts, community pages, or anywhere around the web.

We are so excited to add another social network to Later! Starting today, you can create and schedule photos and videos to Twitter. Just connect your Twitter profiles, and you’ll be able to schedule tweets from your phone, tablet, or computer. We should note that while it’s against Instagram’s terms of service to auto-post, it’s a-okay with Twitter, so your tweets will automatically send at the scheduled time.

Right now, you can only schedule tweets that have a photo or video attached, but we hope to bring text-only and multi-photo support soon! 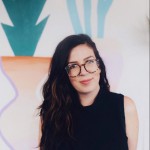 Taylor Loren is a social strategist obsessed with Instagram & TikTok (you can watch her free courses on Skillshare here!). Taylor was named a LinkedIn Top Voice for social media marketing, and you can follow her on Instagram at @taylor.loren for more Instagram & TikTok tips!