We are excited to announce that Latergramme is moving into a new era, beyond the ‘gramme.  Today we have officially changed our name from Latergramme to Later.  Although we endeared the name, as did many of you, the time has come to leave it behind (more on this below).  From now on, our website will be accessible at later.com, and the mobile apps for iOS and Android will be named Later. You can download the latest update now, which will have our updated Later brand (and don’t worry, the Latergramme mobile apps will continue work, as well as latergram.me).

As many of you could anticipate, Instagram would prefer others to not include the word “gram” in their brand name — but that’s not the only reason we wanted to change. With Later, we can go beyond just Instagram and expand our vision for visual content marketing. This is something we are really excited about, and we can’t wait to announce some exciting product changes in the coming weeks. As some of you may know, Later started at a hackathon with no intention of becoming a company. It was only through the support and encouragement of the visual creative community that we were inspired to move forward, so we thank you for helping us start this journey. With Later, we are making it simpler to share your story through videos and images anywhere you want, and we want you to continue our story with us.

Since Later’s inception over 2 years ago, we have had an amazing amount of #LaterLove from our community. We spent a lot of time talking to community members and gathering feedback about our new name, so it’s no surprise that the Later name was a suggestion from one of those members. Naming a company is never easy, and there is so much we wanted to include in our name (and so much we didn’t want to leave behind). The simplicity of Latergramme is something we’ve strived to incorporate into both our community and product, and something we wanted to exemplify in our new, simpler name. I really hope that as we move forward into the future, you’ll be just as excited as all of us at Later.

The story we envision with Later

Going ‘beyond the gram’ is something we’ve been planning for quite some time, and we’re excited to begin this new chapter as Later. With the success of Instagram, Pinterest, Tumblr, Vine, and Snapchat, marketers are experiencing a huge shift in the market from traditional, text-based social media to visual social media. We recognize that planning complex, visual feeds and campaigns has a unique set of challenges, and we are creating a simpler way to plan and manage all of your visual content marketing. We are looking forward to the exciting new experiences we’ll be releasing in the coming weeks, and we hope to see you Later.

The changes you should be aware of

Latergram.me will be redirected to later.com so you can continue using the same web-based platform you are used to, but with a slightly refreshed look.

The updated mobile apps for iOS and Android have a new look and app icon, so when you receive mobile app notifications and open the app on your phone please pay attention to the new design.

We’ve updated the social media handles from @latergramme to @latermedia! We’re also now on Snapchat, where you can follow along to stay updated on the latest news and strategies in visual content marketing. Add us here! 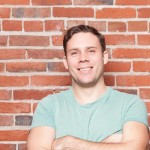