How Instagram Stories Won Gold at the 2018 Winter Olympics

If you’ve been on social media at all in the past few weeks, you’ve more than likely come across a post about the 2018 Winter Olympics.

From Chloe Kim’s impressive victory to Tessa Virtue and Scott Moir’s undeniable chemistry, the games have been full of viral, social media moments.

But in the social media games this year, one platform in particular has emerged victorious: Instagram Stories.

While Twitter, Facebook, and Snapchat all put up a good fight, the fact is that Instagram Stories is where all the Olympics action was this year. And not just for coverage of the events. Hundreds if not thousands of businesses turned to Instagram Stories this year to partner with athletes and reach new and engaged audiences!

The Evolution of Social Media at the Olympics

Whether it’s documenting the more unsavory side of the Olympics (remember the trending hashtag #SochiProblems from 2014?) or opening up new forms of communication (such as the partnership between NBC and Snapchat at the 2016 Summer Olympics in Rio), the evolution of social media has completely changed the Olympics.

…With no phone to call for help, I used my bobsled push training to break out. #SochiJailBreak pic.twitter.com/apZRefgvCO

According to Georgia Sapounas, digital director of the Canadian Olympic Committee, the social platforms we gravitate towards during the Olympics is also constantly evolving.

“I would say that 2014 was the Twitter Olympics (our hashtag #WeAreWinter was the most used globally, after #Sochi2014), [while] 2016 was pretty epic for Snapchat. It was the first social platform to create deals with 7 countries’ Olympic broadcasters, disrupting the solely traditional broadcast model and having field of play video on their platform,” Sapounas says.

WE ARE GOING TO THE OLYMPICS!!

From a convenience perspective, Instagram Stories’ huge bump in popularity at the 2018 Winter Olympics makes a lot of sense. Due to its versatility and ease-of-use, Instagram Stories is probably the best medium to capture the excitement and atmosphere of the Olympics, which is extremely important according to Sapounas.

“It’s more important than ever to have visually compelling, entertaining, and exciting content, including as much video as possible,” says Sapounas.

Whether it’s behind-the-scenes coverage or updates on various events, Instagram Stories makes it really easy to create engaging and entertaining content. And if you use Instagram Stories Highlights, you can let that content live on your account longer, which can be hugely valuable.

Instagram Stories Highlights are like a mini-movie of an athlete’s Olympic experience, and social savvy Olympians are taking advantage of the platform to grow their audience.

Take three-time Olympic gold medalist Shaun White for example. You can follow his entire Olympics journey on his Instagram Stories Highlights — from getting on the plane to South Korea to receiving his gold medal on the podium. He uses Instagram Stories to speak directly to his fans, narrating the experience in-between runs and getting his audience excited as they follow along.

The popular food blogger and Instagram influencer Tieghan Gerard of @halfbakedharvest took a break from posting her mouth-watering recipes to share her experience at the Winter Olympics — and for good reason!

Tieghan’s younger brother Red Gerard was competing in the snowboarding slopestyle event, and she used Instagram Stories to share everything from her time at the opening ceremonies to the energy surrounding Red’s gold medal run.

She shared it all on her profile using Instagram Stories Highlights, which you can still watch today! Highlights are a great bonus for fans who don’t want the excitement to end at a commercial break, and the ability to view the Olympics through so many different lenses is an exciting second screen experience. (Nearly as impressive, was Red’s ability to gain 200,000 Instagram followers in a matter of days after his gold medal win).

Even regular Instagram users are cashing in on the trend. Check out how Tiffany Assman uses Instagram Stories to share highlights of the Olympics on her feed.

All of this makes for a very easy viewing experience, and one that keep users engaged for longer on the platform.

Sapounas can attest to this. Whereas Instagram Stories played a fairly small role for the Canadian Olympics Committee at the Rio Olympics in 2016, the platform took center stage this year.

“At PyeongChang, Instagram Stories are a huge programmatic focus for us,” she says. “Sometimes I’ll check in on our Stories mid-day and we already have 50,000 views. Those views and the engagement we receive really adds up.”

But Instagram Stories has done more than just create a more accessible medium for following the Olympic Games. It’s also opened up a ton of opportunities for businesses.

It used to be the case that only “official” sponsors of the Olympics (like Coca-Cola, Panasonic, and Visa) could run advertisements during the games. But this changed slightly in 2016 when the International Olympic Committee (IOC) adjusted the rules to allow athletes to appear in “generic advertising” that doesn’t “create any impression of a commercial connection with any Olympic property and in particular the Olympic Games.”

This basically opened the door for more businesses to join the conversation and benefit from their ties to Olympic athletes. And where better to do this than on Instagram Stories?

There’s no question that one of the biggest marketing trends to emerge during the 2018 Winter Olympics is businesses collaborating with athletes via sponsored Instagram Stories.

And it’s such a great strategy! With top athletes capable of reaching thousands of users with a single Instagram story, these kinds of partnerships can translate into scores of new followers and conversions for a business.

Take Canadian snowboarder Mark McMorris for example. The bronze medalist in Men’s Slopestyle worked closely with RBC throughout the Olympics to promote their Avion Card. McMorris would share a post about Avion on his Instagram Stories and RBC would then boost that post to reach even more of his followers.

These kinds of partnerships can be a great strategy for businesses, as it allows them to tap into the huge interest around behind-the-scenes content. Athletes can use Instagram Stories to connect with their audience and bring them closer to the action — all while promoting the businesses that are sponsoring them.

So what does all of this mean for the future of Instagram marketing? Well, businesses definitely shouldn’t look at the 2018 Winter Olympics as a one-off.

As Instagram Stories and influencer marketing both continue to skyrocket in popularity, we expect this trend of businesses partnering with influencers (in this case, athletes) to grow even further.

I partnered with @apolis to showcase their long lasting, waterproof and customizable bag. ????It can hold up to 135 pounds and has a waterproof interior, so we use it for grocery shopping, packing picnic lunches, day trips and pretty much everything! ???? The female artisans who handcraft your bag receive Fair Trade wages, annual profit dividends, and a retirement fund. By buying this bag you help stop poverty. Buy it now here: https://store.apolisglobal.com/collections/market-bags/products/custom-city-series-market-bag?variant=22038609540 #ad #sponsored #apolis #globalcitizen #fairtrade #stoppoverty

And because more influencers are accessible on Instagram than ever before, businesses have more partnerships options that just the “big” influencers with huge followings. Micro-influencer marketing is going to take center-stage in 2018, and as such, it’s important that businesses invest their time in finding the right influencers that truly align with their brand identity.

Getting mentioned by an influencer on Instagram Stories can introduce your businesses to tons of new audiences, but it won’t push the needle for your brand unless they’re the right audiences. And it has to make sense for both parties!

Just like a snowboarding apparel company wouldn’t partner with an Olympic figure skater, you need to make sure that each of your influencer partnerships are relevant and on-brand — otherwise, they’ll come across as inauthentic.

And as was the case for many of the businesses that partnered with athletes at the 2018 Winter Olympics, it’s a really good idea to start boosting your sponsored Instagram Stories in order to maximize the impact of your influencer campaigns.

As we’ve learned this year, organic reach can only take you so far in 2018, and businesses that don’t put paid promotion behind their influencer campaigns won’t reap the full benefits.

That’s why you need to create a paid social strategy for your business on Instagram — it’s one of the best ways to beat the Instagram algorithm!

Back in the day, the Olympics took place almost exclusively on television (or in-person if you were lucky enough to nab a ticket), but as we’ve learned 2018, today you’re much more likely to catch most of the action on your smartphone.

As social media continues to transform how we consume and engage with the Olympic Games, new opportunities are opening up for businesses to reach audiences in authentic ways.

What are your thoughts on how social media has changed the Olympics? Let us know in the comments! 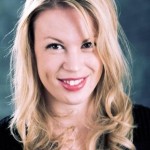 Lizzie is the PR + Social Media Specialist at Later. She loves talking tech & social media trends over a tall glass of coffee. Follow her adventures @lizziemacneill.